The oldest and most dedicated WoW server Community since 2010.
https://truewow.org/forum/

by Boxis
Hello everyone, 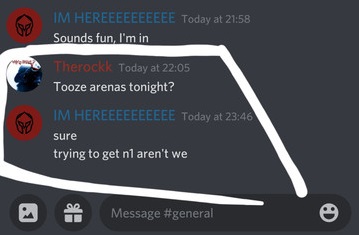 by TheNewbieWar
This is so dumb and out of context and immature considering this is nothing more than a revenge for the report about hacking...

Edit: Many people from NA queue at these times, just not EU*

by TheNewbieWar
Additionally, you only see the match history of that particular team, not mine.
We queued 13 games VS them last night, if you see entire match history you see how many other people we go against.

by Axis
Thread cleaned up.