[Community Chat]
Our realms merging - 2 November
15 Oct 2020 11:25
Following the previous announcement, our realms will merge on 2 November. Starting from 11AM server time, at least 4 hours of downtime is expected. The functionality of both realms is already the same but afterwards all your characters can be found under TrueWoW (which is no longer a PvP realm). At the same time both arena seasons will end and rewards given accordingly, more information about our arena seasons can be found here and here.

• 10+ Characters: If your account has more than 10 characters across both realms then a new account will get created with the same username except a comma "," added in front. All characters from your least played realm will be moved to that account. The account will be linked to the same forum account but first requires a password reset in the Account Manager. Contact staff if you need help with recovery or if you want a new username for this account.

• Name conflicts: If a character name is taken at both realms, the one with the most played time keeps it. In this case you still get the option for a free rename if you wish to give the name to the other character (maybe you own both characters). The other character will be forced to choose a new name at next login. Inactive characters were already renamed so there are not many conflicts. If you believe you deserved the name instead, contact staff with reasons to review it manually and don't rename the character until you have an answer.

• Guild names: The guild with the most members keeps the name, the other gets a dot "." added. These guild leaders may contact staff if they wish a new name or for review if there are objections. Additionally only a few arena teams are affected with inactive leaders, hardly worth mentioning.

• Addon settings: These are saved with your WoW client and won't automatically work for PrimalWoW characters because the realm name gets changed. The same happens with a change in username or character name. You can go to this topic if you need help to copy settings.

It's a full merge so nothing else should really be affected. As said before, we won't delete any characters, items, etc.
48read more / comment by Roel
PrimalWoW WotLK - 5 September
25 Aug 2020 15:22
While some of you wanted to see this news a year ago, this will come as a shock to others. We made the hard decision of rescheduling the merge of our realms to the earliest opportunity. This means the PrimalWoW community will no longer have a separate realm to progress through WotLK, all characters will populate one realm.

Unfortunately this is not a matter of choice, we simply don't have enough volunteers who are willing to do the grunt work for a successful WotLK launch. Our main developer has been overworked with crash fixes as stability comes first. And most of the people who were originally involved with the TBC launch have left so we have already been behind schedule for a while. The only other option is keeping it as a static TBC realm indefinitely which hardly anyone would be happy about.

Note that you're always free to progress through WotLK at your own accord, a disciplined guild could manage this. We have some ideas to support this playstyle as a compromise but again no work has been done yet.

Obviously the upside of a merge is population, there will be more people to play with. We will no longer have to split our limited resources over 2 realms. And in turn, our small server will have better chances of surviving. Players will also be able to enjoy features that have been exclusive to the TrueWoW realm, AHbot has been selling items for 2 months but there are no plans to adjust it for a PrimalWoW release.

The merge is expected to be ready within months so not immediately, more details and a specific date will still follow. It's also a big project that requires careful preparation and I am mostly doing that alone. If you're angry about this decision, I only ask that you don't take it out on staff members. Such an attitude is really demotivating and we will be worse off if they leave. If you actually want to help, send us a staff application and maybe you will make a difference.

5 September marked the release of WotLK on Primal and all 3.3.5a content is now available. AHbot has been enabled and the realms are now basically identical in preparation for the merge.

We have implemented some exciting new changes that we hope will incentivize more PvP activity on the server.

These changes are as follows:


1. The arena point flush will now occur daily, as opposed to once a week that occurred previously (TW realm only). This should make it more viable to obtain PvP gear from arena points (compared to doing PvE for Emblems of Frost to buy the same gear).

2. If you don't manage to do the required 10 arena matches, they will carry over to the next flush. So for the TW realm you could do 2 matches a day and get a flush after 5 days if you want.

3. There is no more rating loss below 1500 rating and losses will allow a slow climb to 1500. This is meant to benefit low geared teams. Getting above 1500 rating still requires a sufficient amount of victories.

4. Rating gains/losses from arena matches have been tripled to compensate for the waiting times. For TW, this should make it possible to attain enough rating for purchasing Wrathful gear again with less matches.

5. Losing against a lower rated team is now less punishing. This is intended to reduce "sniping" and encourage more activity. Having a 50% winrate will always be enough to maintain your rating.

6. The first RBG win of the day will now grant 3x more arena points (from 25 to 75). Honor rewards are 3x the shown values (11160 honor bonus for the first win) due to the 3x honor rate that was implemented long ago.

7. RBG selection is now smarter. It will rotate between available BGs and will prioritize Warsong Gulch for 2v2. If there is higher subsequent activity, Eye of the Storm, Arathi Basin or Strand of the Ancients will start instead. Isle of Conquest and Alterac Valley will require more BG activity (as well as more players in queue) before they start.

Notifications have been sent out for the active members of the rank 1 team.

Check your in-game mail and follow the enclosed instructions to claim your rewards.

If you are unaware of the arena schedule, you may check by clicking here.

We sincerely hope that these changes will compensate for the lack of population and will encourage you all to participate in PvP.

All of them (except the first one) are now live on both TrueWoW and PrimalWoW.

Now get out there, queue up and join the fight! 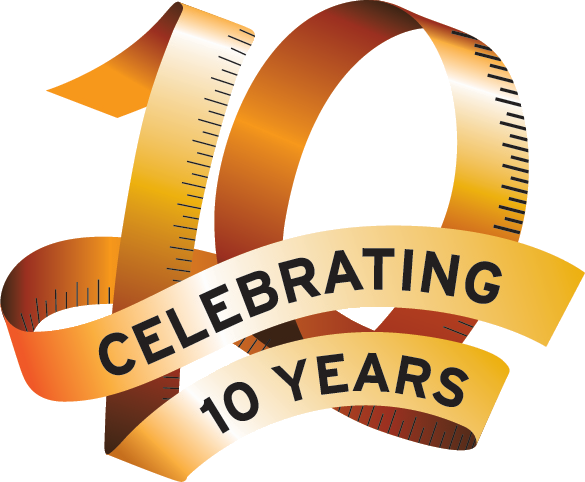 This month celebrates 10 years since we first began. We want to take this opportunity to thank all the players, staff and of course, Roel for making it all happen. Without you all, none of this would be worth it. Thank you for being with us all these precious years. We are one of the longest-lived and, we believe, the most dedicated private servers around. Our population is not as high as we'd like it to be. However, we believe that quality surpasses quantity. The dedication of the volunteers that take time from their private lives to make this an enjoyable experience is remarkable and speaks volumes of their commitment and loyalty to this humble community.

Amid the pandemic emergency, most of the world is in quarantine. Take this opportunity to communicate with old friends from the past via the internet. No better way to do this than to come together on Truewow & Primalwow. We have noticed an increase in activity and many old players have returned already to reminisce and enjoy the good times with the rest of us.


Once again, we will be giving the presents this year. We are happy to announce that starting from this post until the end of the month we will have 20% reduced prices on all items/services in the vote shop. Feel free to get yourself a little something to celebrate. After all, it is a special occasion.

On the 11th of March, Season 4 will officially be released for all of you PvPers of PrimalWoW! If you are (or aspire to be) a Brutal Gladiator!, get ready to grab your garb and go gash some guts!


If you have any questions about the Season 4 release, feel free to reply to this announcement or PM natnat.

All of this is coming On the 11th of March! Be ready!

Without much further ado, a glimpse at some of the items to be made available with Season 4!:

New to the server?

PvE realm with all content unlocked at WotLK endgame with 1x rates.